List the top RSPS! Add your OSRS and Custom Private Runescape Servers to get more players!

RuneScape, also sometimes called RuneScape 3, is a fantasy MMORPG which was developed by the company Jagex, the game had its first release in January 2001.
Runescape was originally built with the Java programming language and was intended gameplay within your browser, but was in 2016 largely replaced by a standalone C++ client.

Over 300 million accounts was recorded to have been created in the game and was recognized by the Guinness World Records as the biggest and most frequently updated free massively multiplayer online role-playing game.

Gielinor, a medieval fantasy realm separated into various kingdoms, regions, and towns, is the setting for RuneScape. Each player can choose to travel throughout Gielinor by a variety of methods that include on foot, magical spells or by chartering ships. Each area presents various types of monsters, resources and quests to challange the players.

The Armies of Gielinor video game, Betrayal at Falador, Return to Canifis, and Legacy of Blood novels, as well as a tie-in video game on another website run by the game's creator, FunOrb, have all provided additional insight into the fictitious world of the game.

Customizable avatars serve as the representation of players in the game. Players define their own goals and objectives in RuneScape as the game does not have a linear storyline. Monster battles with non-player characters (NPCs), mission completion, or skill leveling up are all options for players.

Interactions between players can be done by trading, conversing or by taking part in a variety of mini-games and activities, some of which include competition or combat while others call for teamwork or collaborative play. 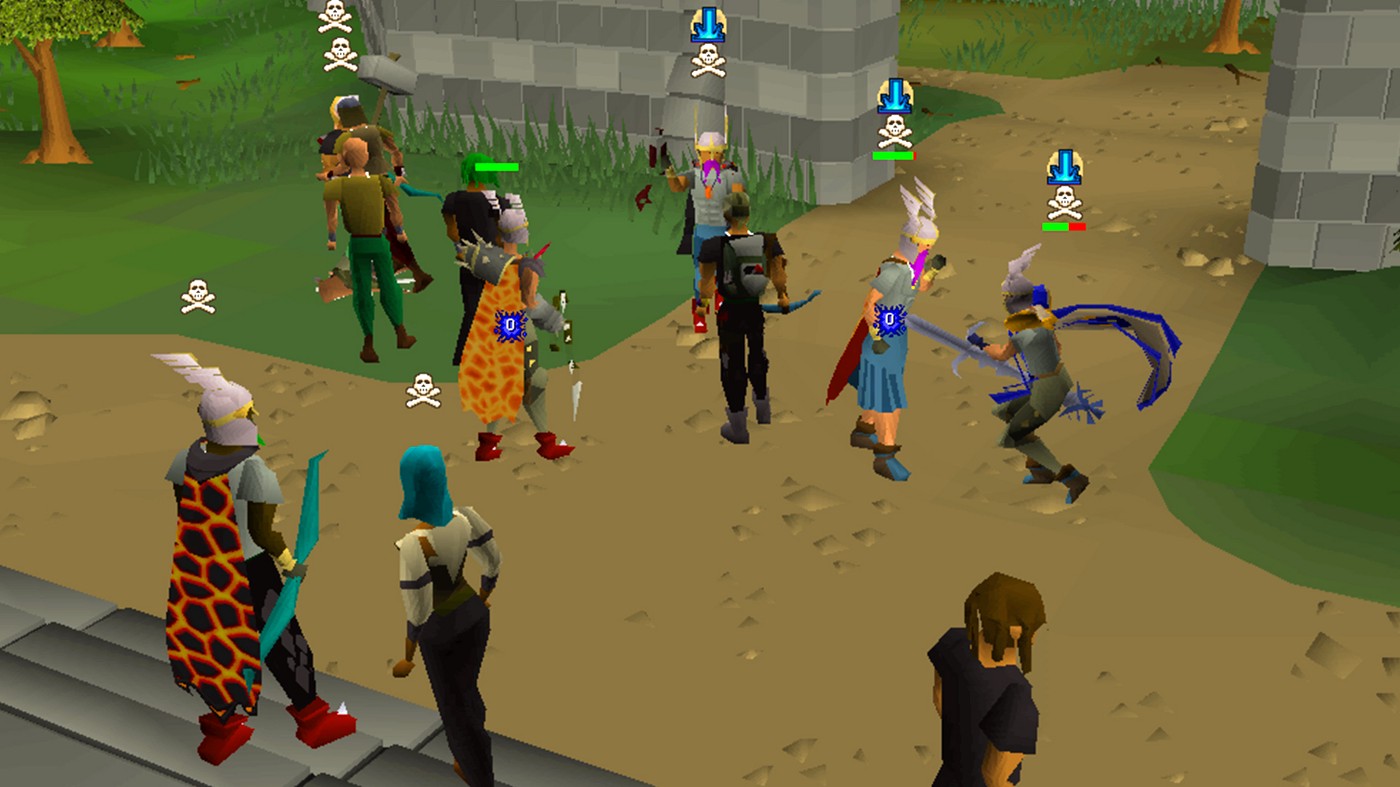